Today Adlabs Imagica doesn't need an introduction due to its fame and name (good or bad). Still, I would like to introduce Adlabs Imagica an international standard Theme park located amidst the Mubai - Pune express way at Khopoli. Owned and operated by Adlabs Entertainment Limited - AEL. 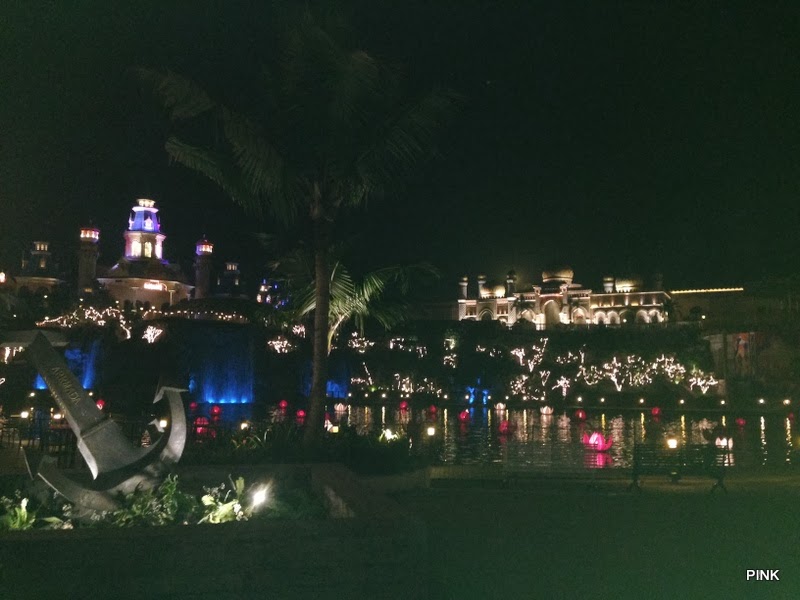 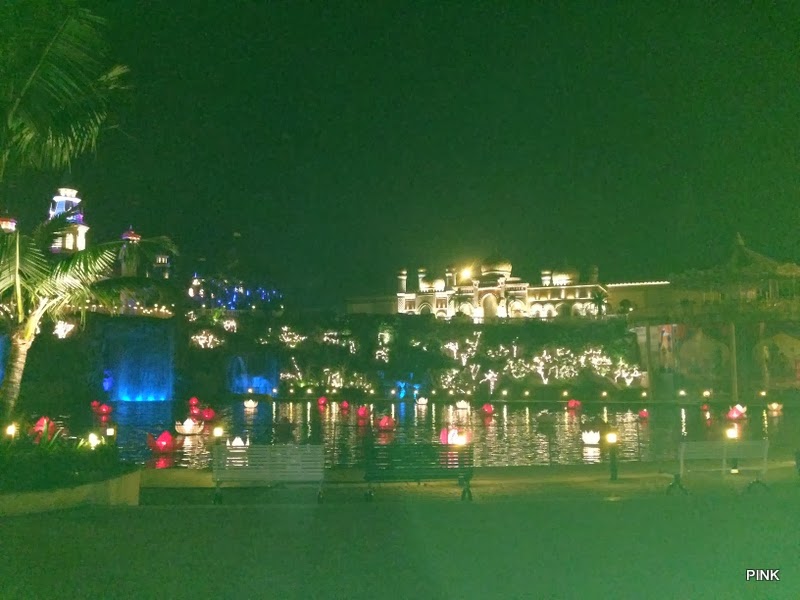 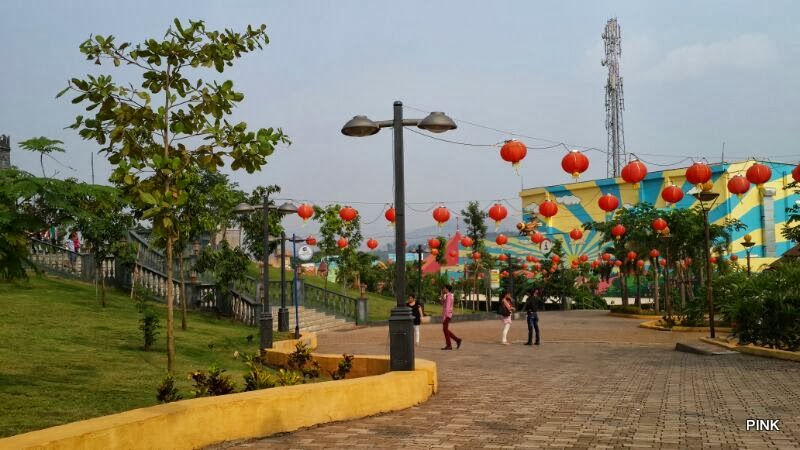 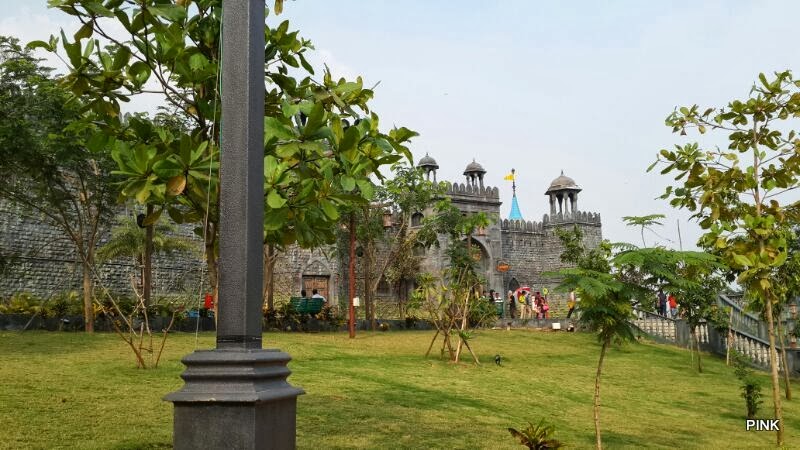 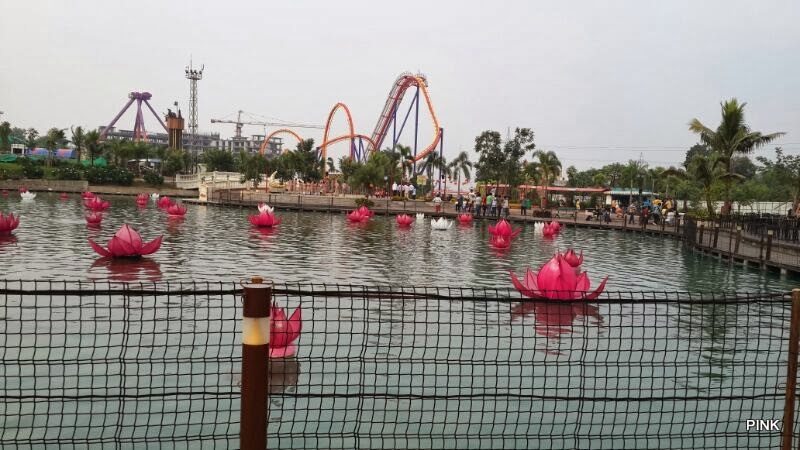 Its a beautifully designed Theme park on the module of international ones, divided in different zones, each zone having its star attraction ride. The castles, the surrounding, restaurants serving you different cuisines according to the zones, beautiful landscaping.

The star attractions being (not to be missed, in the same order)
Rajasaurus ride
Nitro roller coaster
scream machine
deep space
Gold rush express
Bump it Boats
Dare Drop
Alibaba aur challis chor
Salimgarh
Wrath of the Gods.
You can avail more information about these rides over here

The food though slightly on the higher side is yummy, I especially look forward to visiting Red Bonnet Diner
True diner experience, the food is awesome and the portions huge, the smileys, the chicken burger,, oh to die for.. they complete the whole theme park experience.

Its a perfect picnic one can have for an entire day, at the price of Rs 1500 pp, (weekday)for entrance only(all rides included). One takes an entire day to finish all rides and explore this place.

They claim and pride themselves with being -India's First and Only International Standard Theme Park, Where Stories Come Alive! Come Experience it! (that's what their tagline is)

Have they proved it?
Is it real magic or is it a mirage a trick ?
Does beautiful architecture, really good rides and well designed theme park suffice the criteria of being on International standards ? Do these things really complete the experience?
My answer is a big NO.
According to me service, relationship with your guests and giving them a beautiful experience, is what makes it magical. I think Imagica fails miserably on service. It is so not consistent. After being a regular visitor, thinking of things to be one off, I have come up with this review, and refuse to visit Imagica again.
Mistake happens once not every time , a mistake repeated becomes a habit. I guess Imagica is habituated with bad service and customer relationship.
After visiting Imagica thrice, I still have not been successful in trying the Rajasaurus ride which is the main attraction. The last two times we had called specifically to ask whether it was working that day, with an assurance of it being in perfect condition but to our disappointment on all 3 occasions it was shut. A big disappointment. Every time at least one or the other main rides I have mentioned was not in working condition. This last time, (yesterday) us group of friends hired the Imagica chauffer driven ac car, so that we could lazily bask in the entire day without any worries. Again to our big disappointment, this was our biggest mistake. Two Taveras arrive, the cars were far from being ac. They dint have window handles, the door couldn't be opened from inside, the driver was really rash, there was no diesel in the car. The driver didn't have any money and we had to pay for the toll. The car broke down and we had to push it. All this with females in the car. When we escalated the matter and got this to the notice of the concerned people at Imagica, we did not receive the assistance required. We had called the cabs at 10 am and entered Imagica at 2 pm from Pune. The officer in charge refused bluntly to escalate the matter to his superiors. To top it all, the vendor called us way past night and started arguing with us that why had we complained to Imagica and Imagica had notified him that we had lodged a complaint against him. We were promised that a so and so senior official will be calling us, indeed, you guessed it right, the promise was never fulfilled. The wait is still not over and we haven't received any call. I doubt whether this officer was really informed also.Adlabs being such a big brand, such a big name, is this the service one should expect. I don't think they need to be taught in customer relationship, then why this lapse, isn't this sheer negligence ?
My questions remain or should I say they are answered already..
International standards... are these now ?
Magic, is it really ?

Am I going there again.... That I think requires real magic now.. huh

A sad management of a property that can be really very huge and magical.

A mis management of valuable resources, I hope the higher authorities are listening.

A failure of a Potential Indian Universal or Disney world.

Adlabs- a brand, a name with fame, does it match the service being offered ?