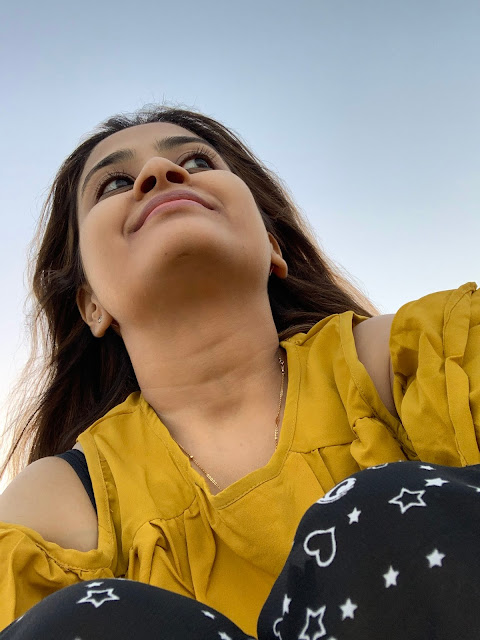 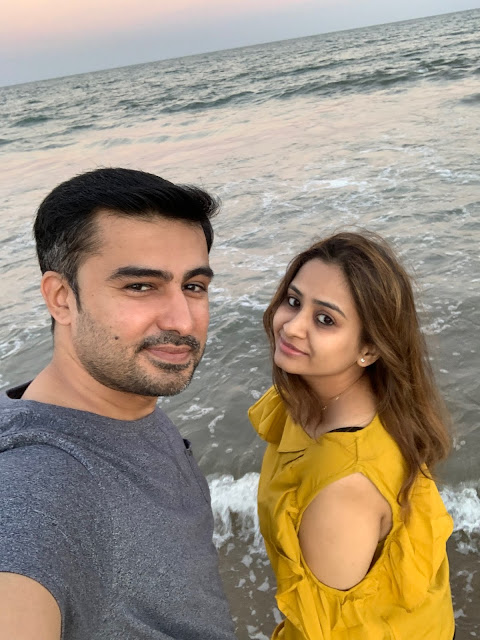 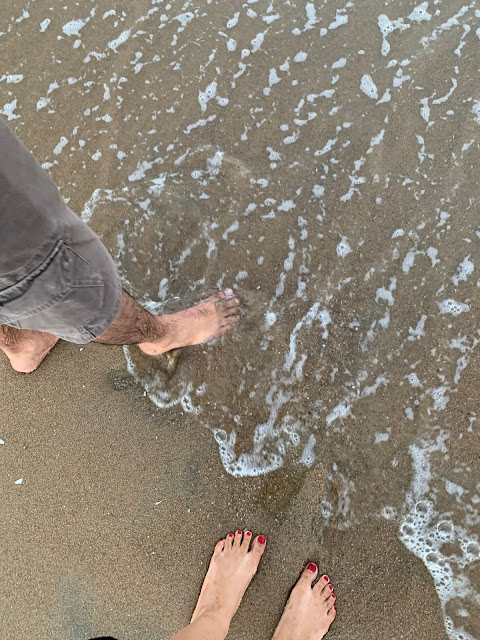 I love to run away from the waves and then eventually one naughty wave catches up with me. The water lapping on the feet leaving foot prints behind for the waves again to erase it..
As the sun set and it got dark we packed our picnic with a joyous heart.
Walking in the sand, hand in hand - happy hearts singing to the tune of some young romantic band...
it’s not about perfect moments or romance it’s about finding love in all the moments, it’s about making the most of what you have. It’s all about romanticising the simple life.
And just like that it was a perfect picnic ....
Finding perfection in all the imperfections you have.. 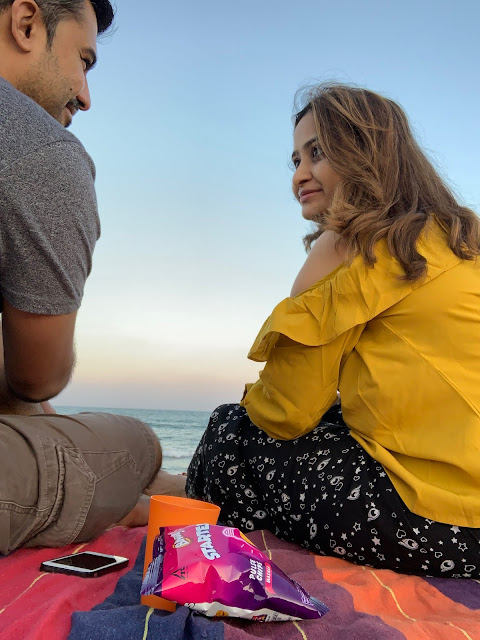 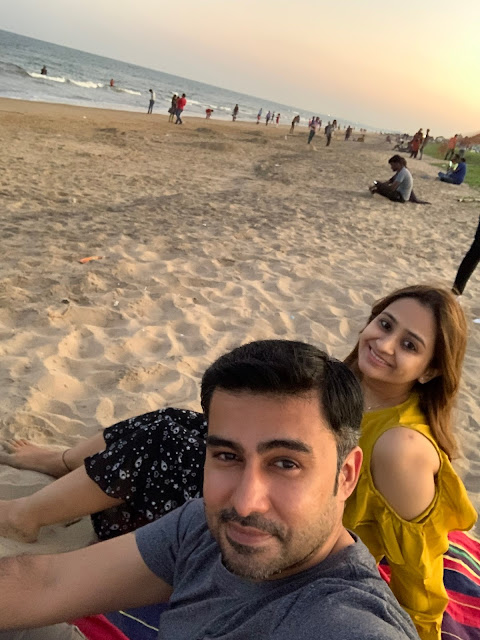 one snap does not tell the whole story of what goes behind, that’s what happens on social media these days. So don’t judge a picture on its face value. Don’t have the pressure of living big dreams and perfect bucket lists. Just go with the flow, life happens in the small moments .. Happiness is not a destination it’s this random journey through crazy sloshed gentlemen, tantrum throwing kids and old people ... you just need to hold on to each other, your sanity and find those moments in between and live them - that’s happiness .. 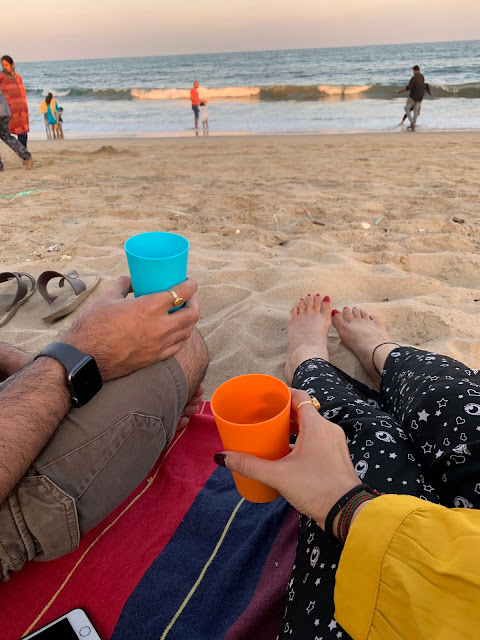 xoxo
Bhakti
Posted by Bhakti Khade Rangoonwala at 5:29 AM No comments:


Best Romantic dates and things to do/ Places to visit in Chennai for Couples. Celebrate your Valentines day in Chennai.
Click on the tags to go to the main videos of specific places to know more about them in detail.
Music credit https://www.bensound.com/royalty-free-music/track/memories
Spread the love.
Like, Follow, Share and Subscribe if you like the

xoxo
Bhakti
Posted by Bhakti Khade Rangoonwala at 2:19 AM No comments: