A relatively undiscovered gem. The fort of Reis Magos is situated in the small village of Reis Magos, Bardez on the banks of the river Mandovi.

Reis Magos means - a Portuguese term for 3 wise men from the Bible.
The village is famous for two things - the fort and the Reis Magos church situated adjacent to it.
It lies exactly on the opposite side of Panaji city.
This fort is more old than the fort of Aguada (this is the oldest fort in Goa) and had its strategical importance. The fort after changing hands to various rulers, served as a prison in its last years till 1993. There after it lied in crumbles and was in a bad state, the fort was restored to its glory in the year 2008 and now stands tall magnificently with all its gait against the Mandovi. 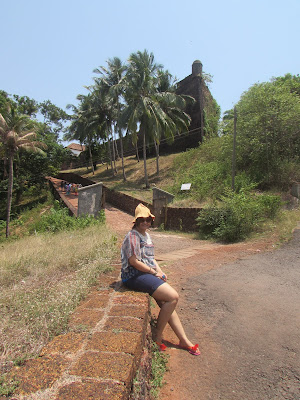 way towards the fort 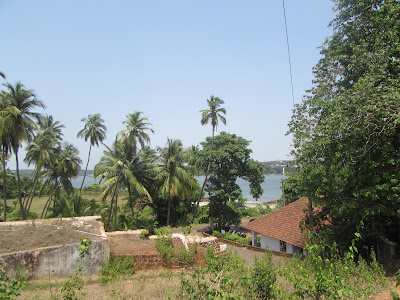 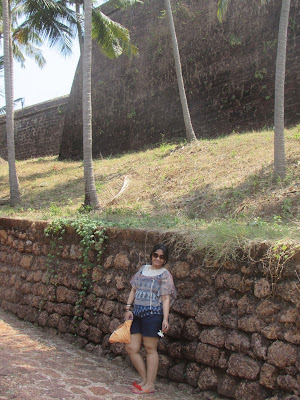 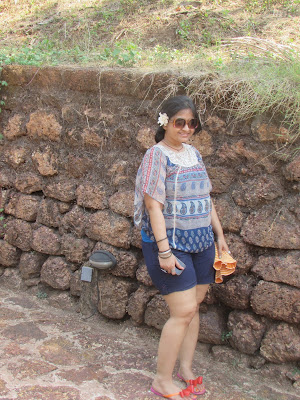 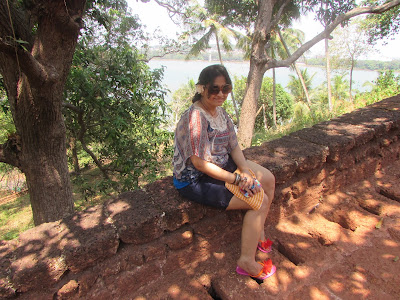 The drainage system was really good for the water to trickle down, so scientific in those days. 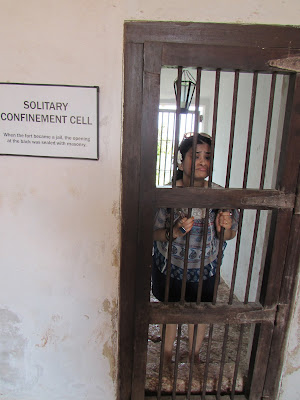 Look who's locked in..
The solitary cells as soon as you enter 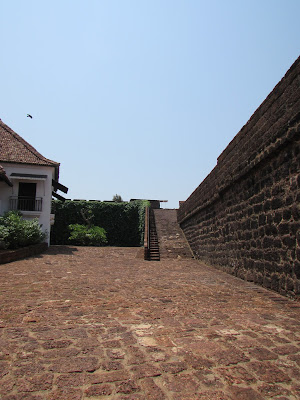 Going to the top floor of the fort 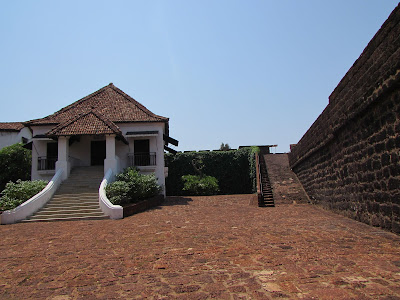 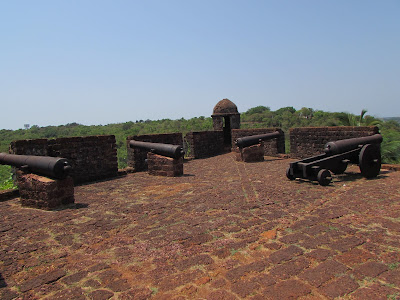 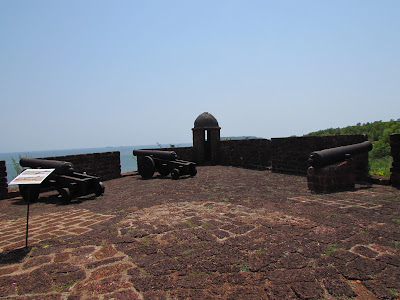 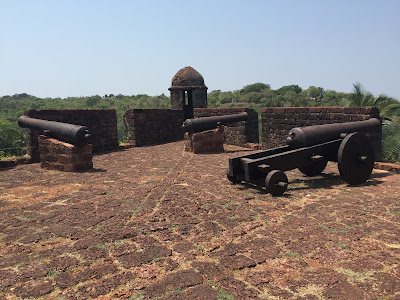 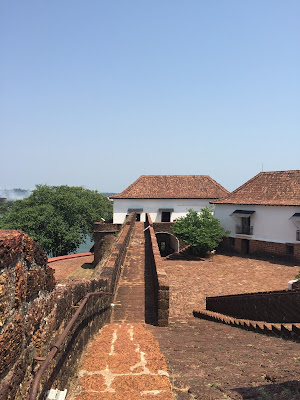 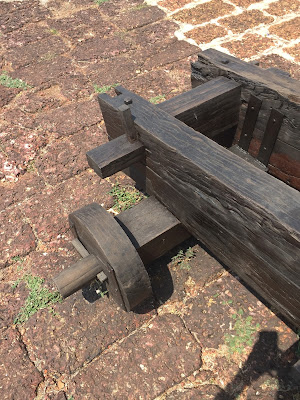 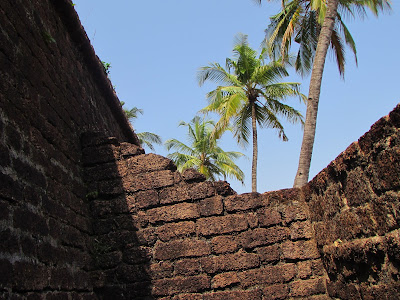 Way to the dungeons - prison, which houses the history of Goa now. 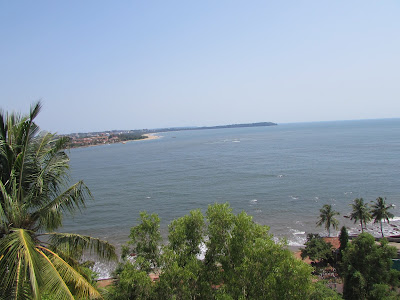 The views - Panaji city visible on the opposite side 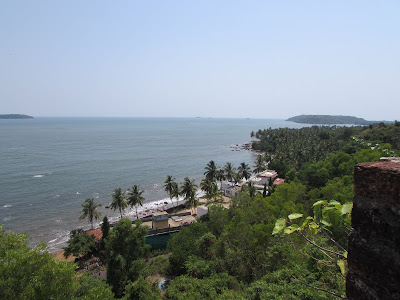 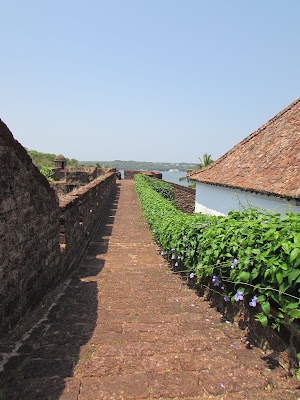 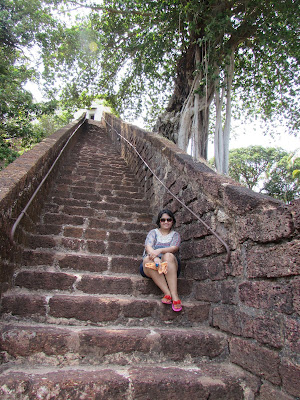 Oh ! Did I tell you guys, we were literally lost in the fort and couldn't find directions to get out, we were going circles round and round all over the fort, with not a soul in sight, after what felt like eons we spotted a couple romancing in a secluded corner secretly ( India you will get such couples in secluded places protecting their identities ) Hubby dear the gentleman and mr goody goody that he is refused to disturb them. After trying for 15 minutes I marched to the couple and disturbed their merriment to their astonishment, however they were kind enough to point the direction .. Adventures I tell you 😜 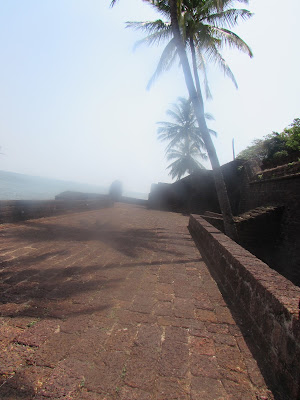 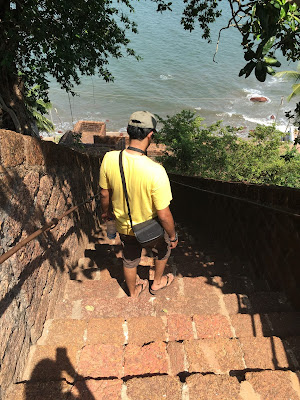 the steep staircase, one fall and one could die, the sea kissing and frolicking the fort. 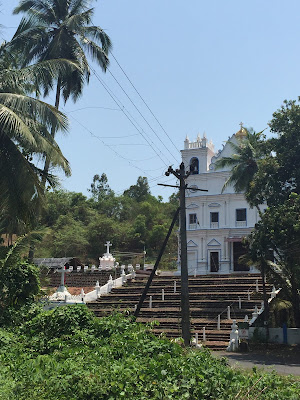 The Reis Magos fort which lies besides the fort.

The fort is spectacular and one must visit it. There is a nominal admission fee to enter the structure. The fort also house a small Mario Miranda shop with all its paraphernalia. There is a small tuck shop where one can avail chips and drinks.

Check the beauty of the fort and marvel at its splendours... Those were the days
P.S Please clean your litter after you. 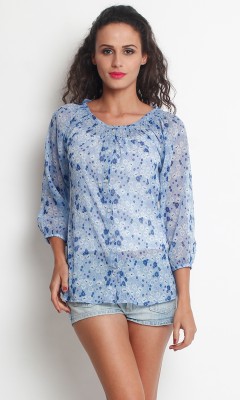 You can find the 1st part - Forts of Goa

Posted by Bhakti Khade Rangoonwala at 9:25 AM