An integral part of any Indian wedding. Mehndi isn't just a beautifying ornament for the bride but it is a ritual of significant values, a pre wedding ritual, it takes place before one or two days before the wedding.
The bride's family mainly celebrates this fun filled ritual. Different regions of the country celebrate the ritual in a different way according to their own marriage customs, rituals, and culture. Celebrated according to their own customs and status of the people. The bride's family celebrates Mehendi party for gathering bride’s friends and relatives for blessing the bride as well as for amusement.
Professional mehendi artists are called to apply mehndi to the bride or even relatives may apply .
There are few places in India where it is a ritual that the first motif of henna or mehendi is applied by the bride’s sister-in-law whereas there are some places where the first mehendi motif is said to be auspicious if applied by bride’s mother.
Mehandi is one of the sixteen adornments of the bride and her beauty is incomplete without it.
The Mehendi signifies the transformation of the bride from a virgin girl to a temptress for her husband. As per Kama Sutra, henna is one of the sixty four arts of women. Conchshell, flowers, Kalash, peacock, doli and baraat patterns, koyri are the favorite motifs for bridal mehndi. The intricate motifs of the bridal henna also hide the husband’s name. It is said that the husband’s name in the intricate henna motifs is made for the groom who has to find out his name in his bride’s mehendi on the wedding night.

Mehendi function is usually organized with the sangeet function. So, it has a festive feel to it with the women dancing and singing traditional songs on the mehendi ritual. The bride is dressed in light color clothes with light jewelry so as to facilitate her to move around , dance and enjoy. According to the custom the bride must not step out of the house after the mehendi ritual until the wedding day. It is believed that the darker and deeper the henna stains the more the husband and the in-laws will love her bride. The ritual of mehendi signifies the strength and power of love in a marriage so it is regarded good omen for the would-be bride. It is said that the long the bride retains the mehendi, the more auspicious would be her future


Mehndi designs now a days include Arabic Mehndi, Rajasthani Mehndi, Crystal Mehndi, Tattoo Mehndi, etc.
Please refrain from the chemical mehendi as it may be harmful for your skin. 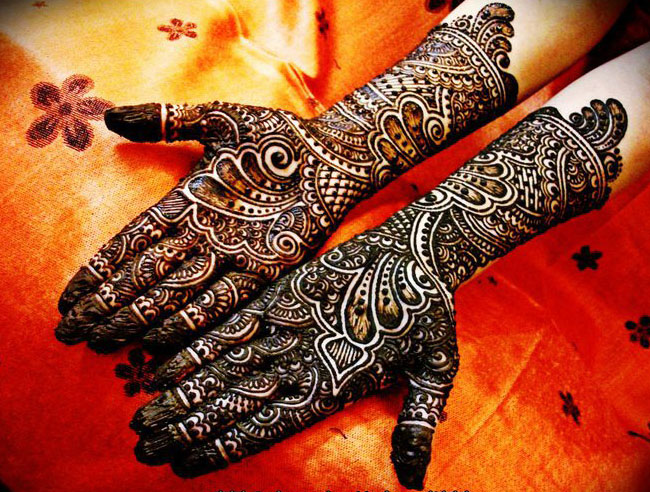 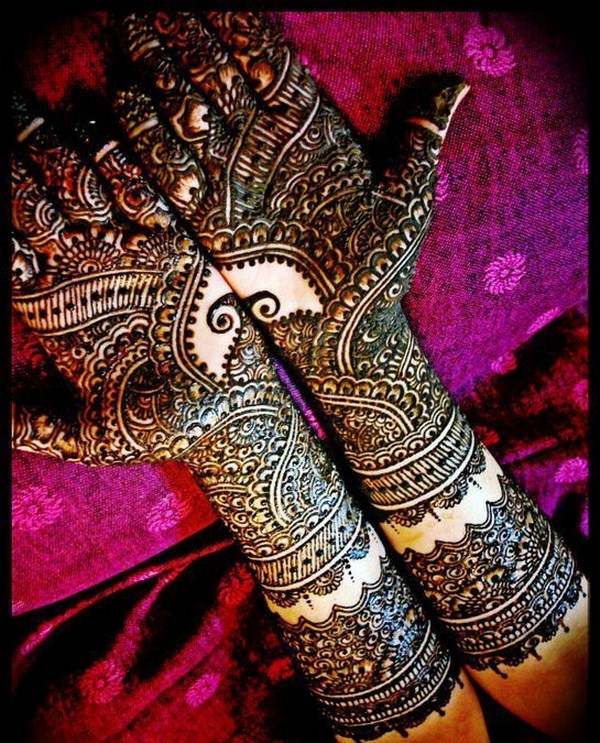 How to Organise your Mehendi Function

The Mehndi should be a relaxing evening. Here's how to keep it stress-free:

Try to have all the wedding preparations complete for the next day. That way, everyone will be able to focus on each other and enjoy the festivities.
Those who are getting mehndi (especially the bride) should wear clothing that is easy to remove without ruining the designs.
Choose some designs ahead of time and show them to the person who is applying your mehndi. Select a design that suits your taste! Make it as simple or heavy as you desire and match it to the cut of your outfits. For example, if your blouse has a deep back, apply a motif on your upper back.
In addition to your hands and feet, mehndi may be applied on your arms, back or wrists, stomach. Be creative!

mehendi songs for the function

You can get in a lot of variations and alteration for this fun filled occasion. Hope this post was of use. Enjoy the Mehendi and its preparations.